Caroline nonchalantly told me there would be a brief Korean tea ceremony right before their reception. I think Paul (the groom) and I were both surprised by what ensued. Having married a Caucasian guy myself, I recognized the delight on his face at being brought into a culture so different than his own. He was such a gamer! 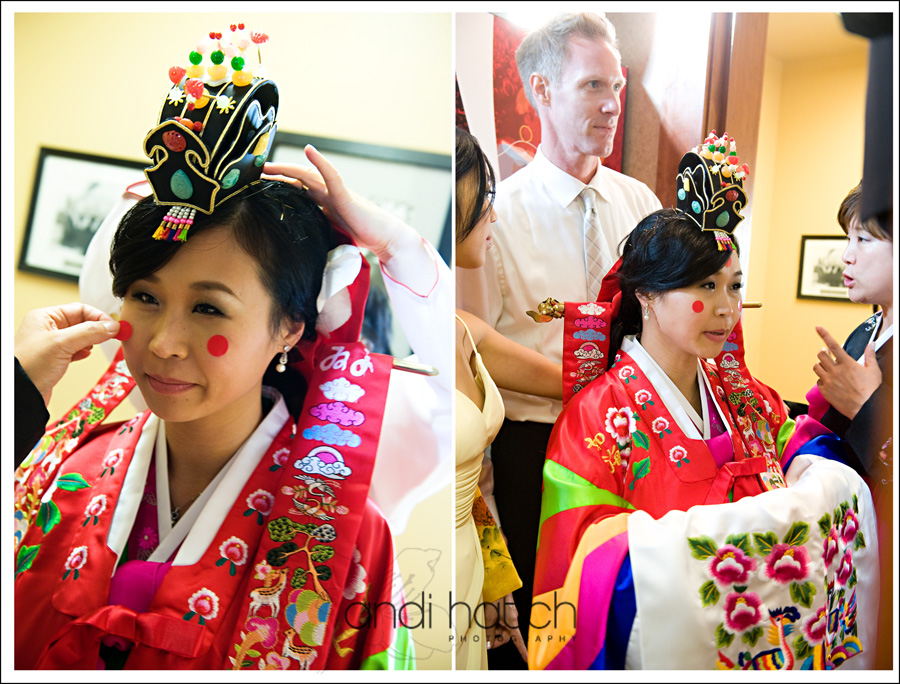 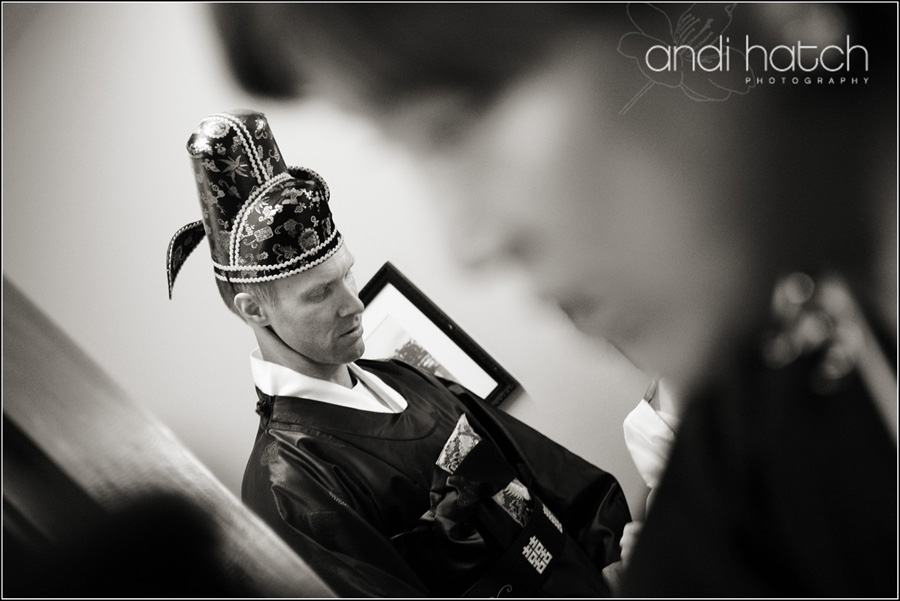 I love the look on Caroline’s face here…trying to see his reaction: 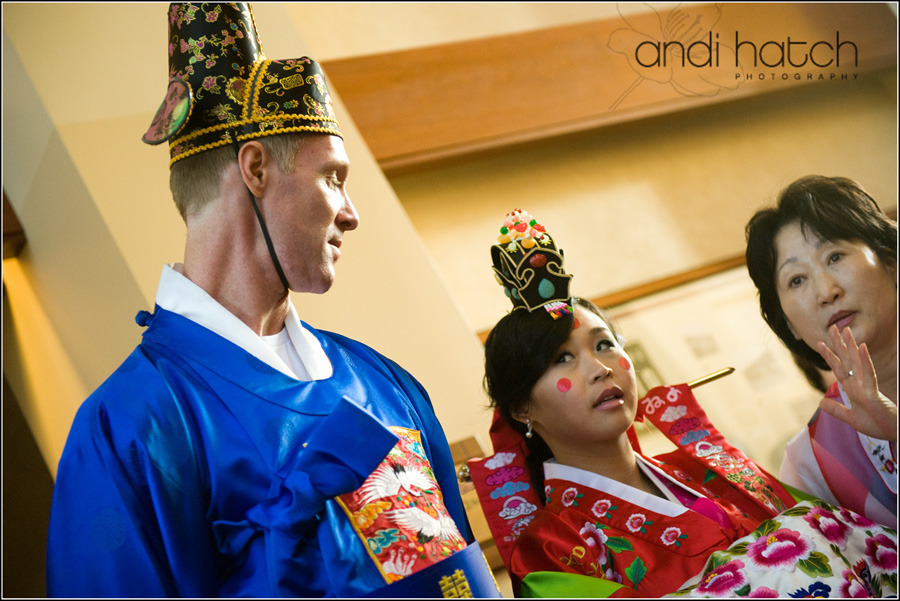 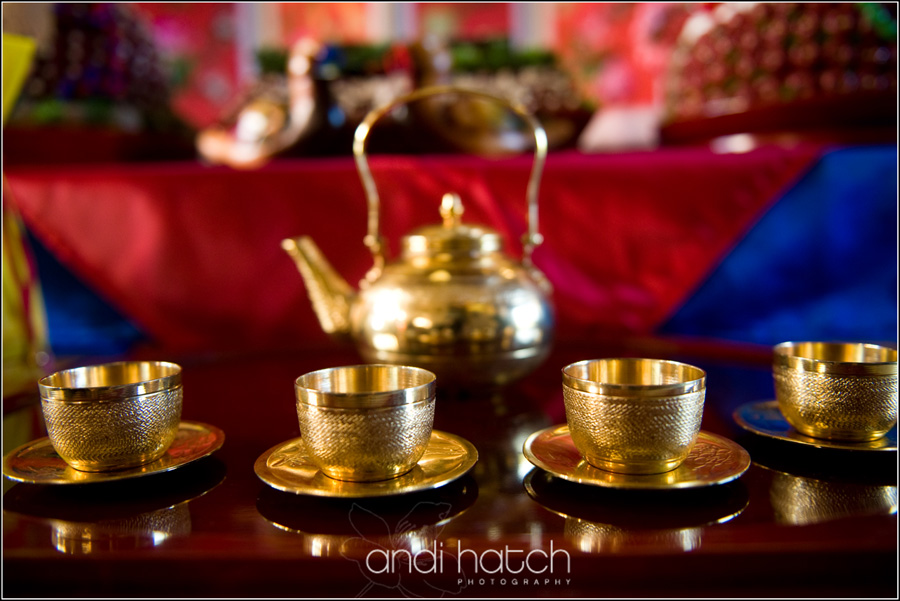 Each set of parents gave words of advice for the newly married couple: 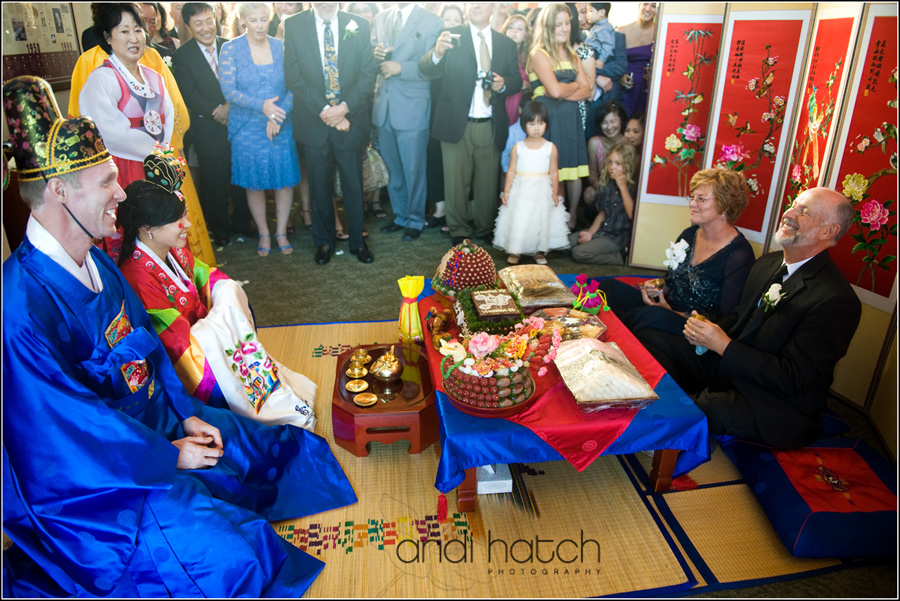 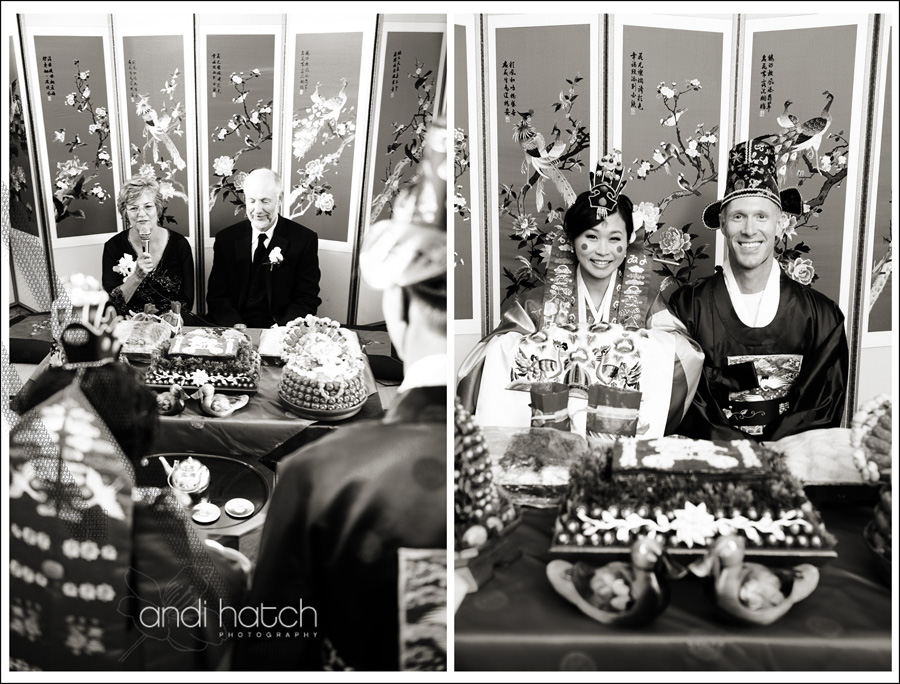 They had to catch sweets in an embroidered sheet, thrown by his parents. This represented the number of children they would have. I lost count after awhile!

There was a lot of bowing. Caroline’s aunt in the back was the official bow instructor. 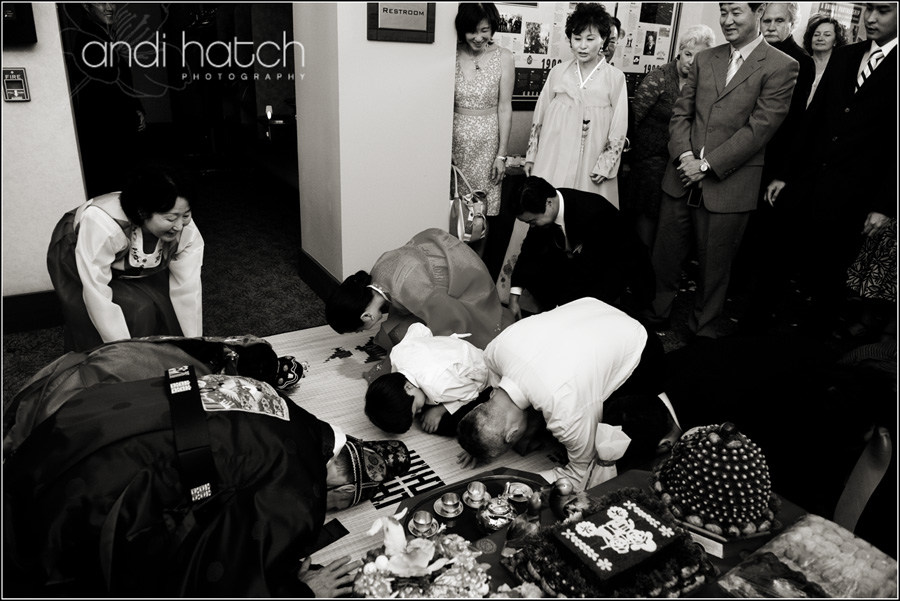 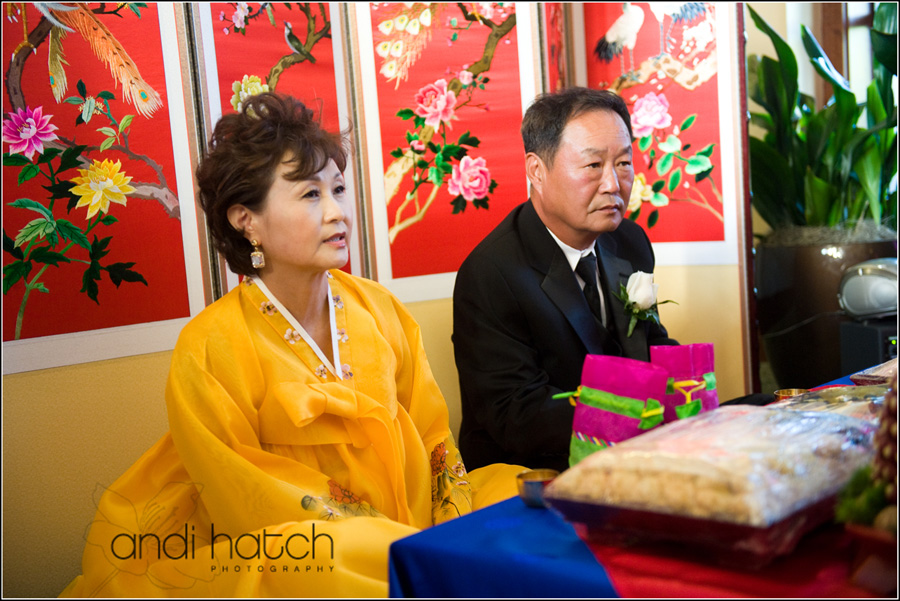 They also had to share this piece of candy. 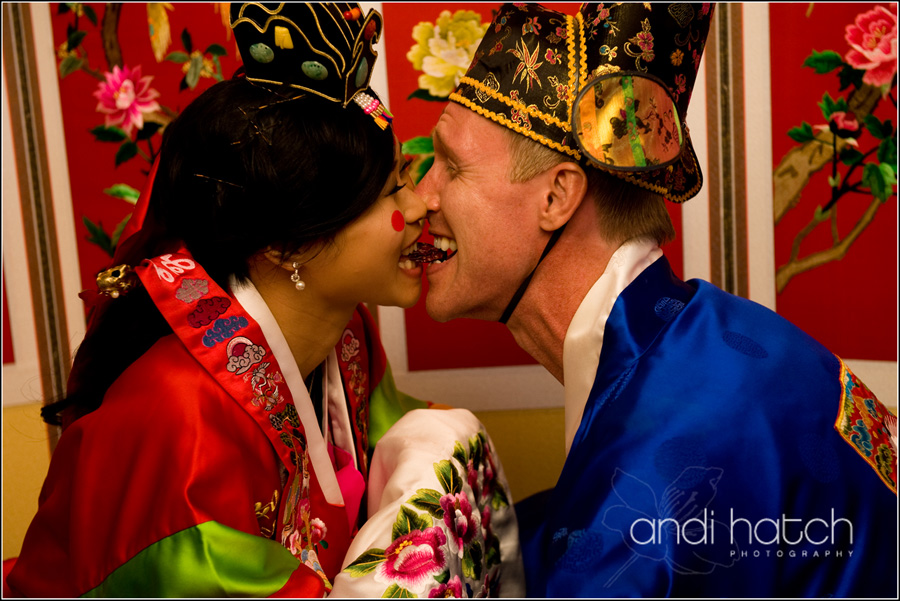 And finally, much to Paul’s delight, he had to carry Caroline on his back. He took off running and disappeared for awhile. 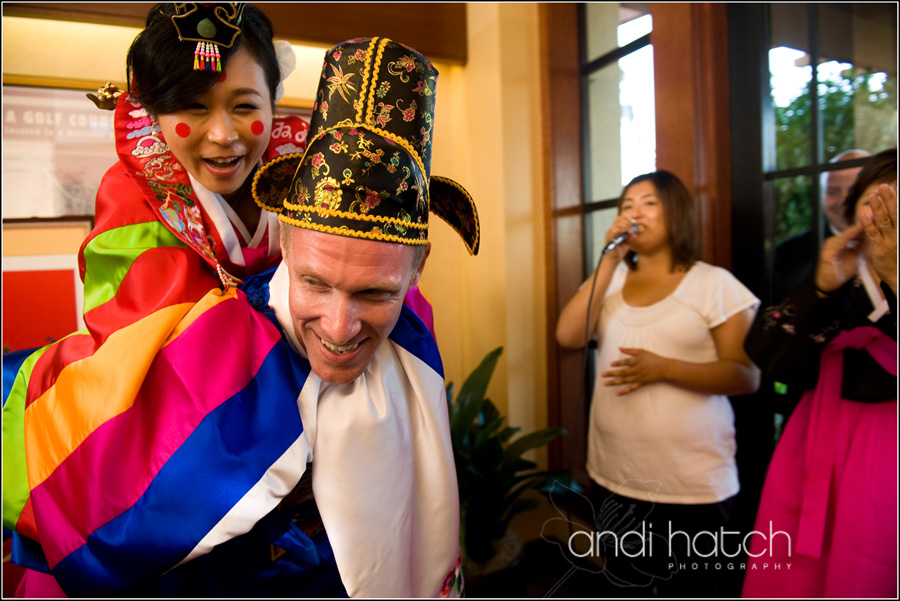 So much fun. I love the different traditions and elements that are brought into every wedding that I shoot, culturally-speaking or otherwise. Every wedding has its own unique flavor and personality. This year, in particular, was a trip around the world for me even though I never left the Bay Area. This is a job that is never boring!

Love your blog site Andi! Happy you were part of our ceremony to experience the korean wedding traditions too! Love all the colors of the costumes, they came out so vivid!
Your comments are funny too – I like how it reflects your super fun/quirky personality to all your posts! 🙂

This site uses Akismet to reduce spam. Learn how your comment data is processed. 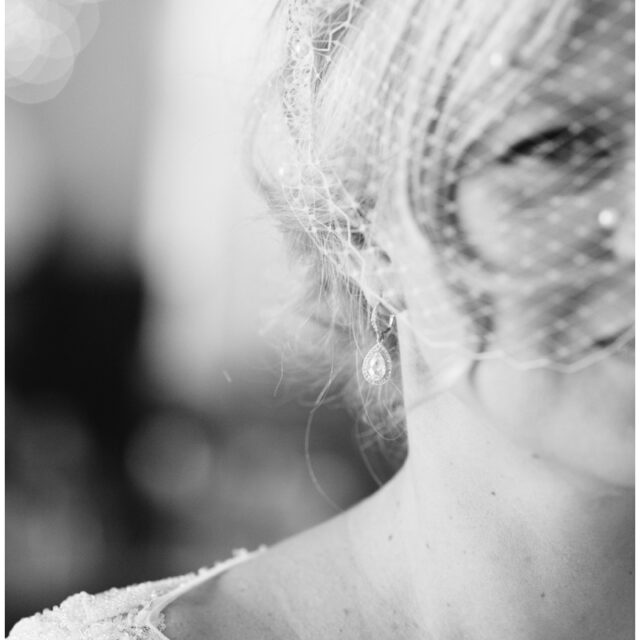 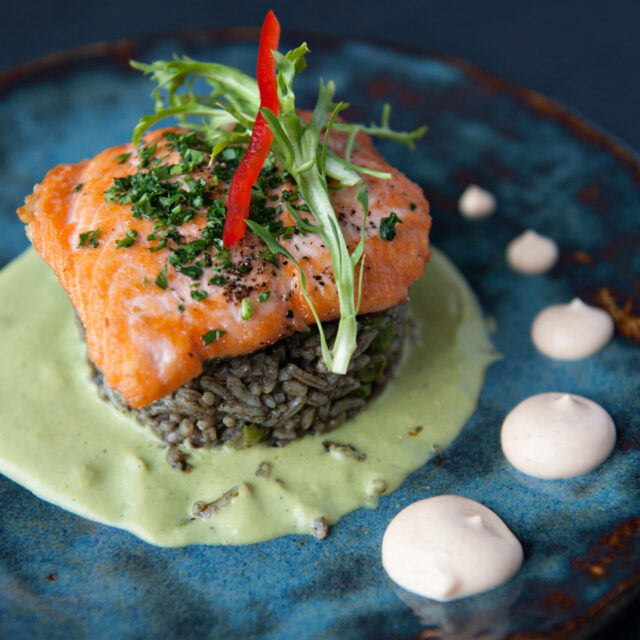 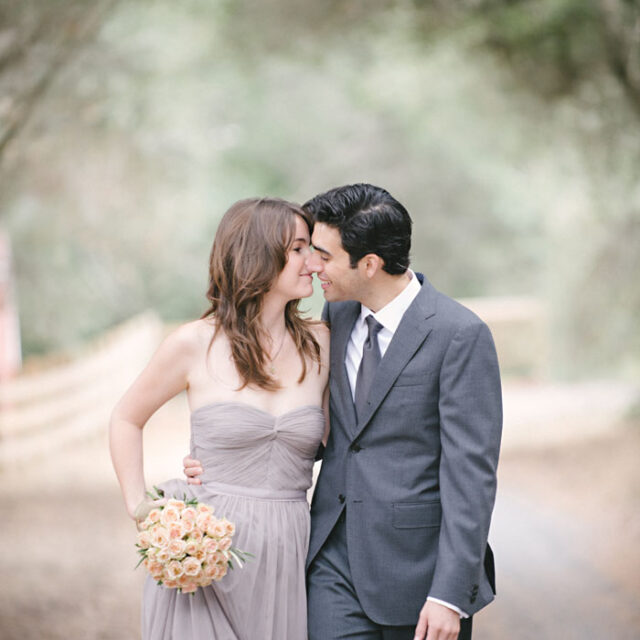 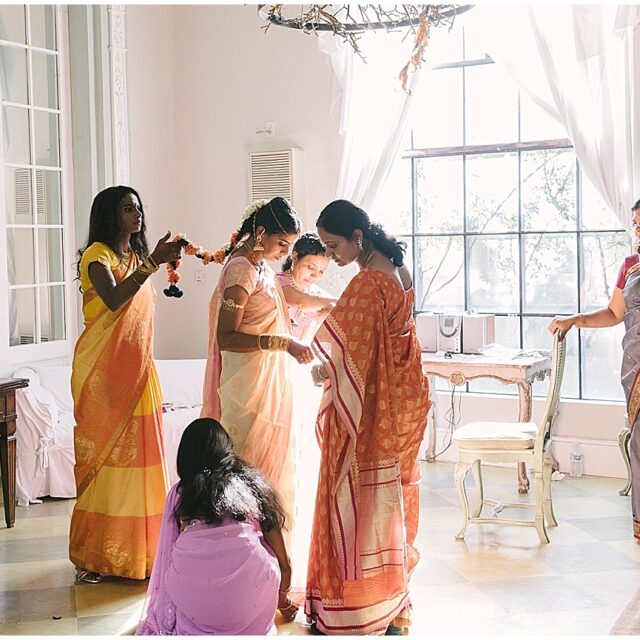 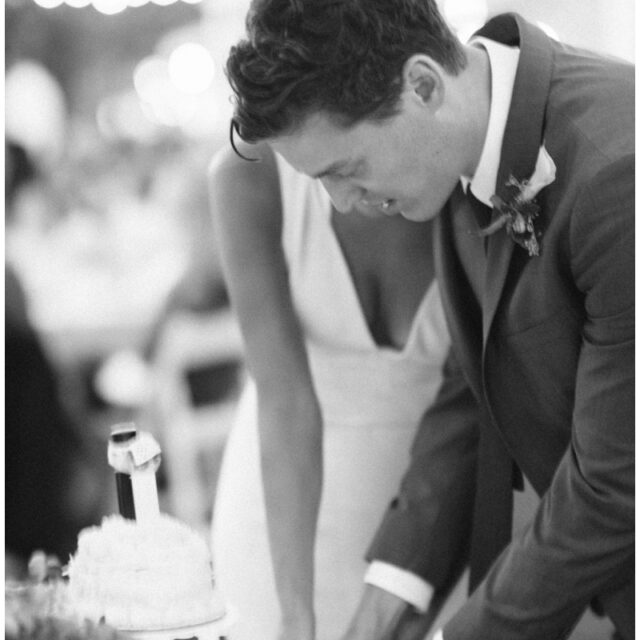 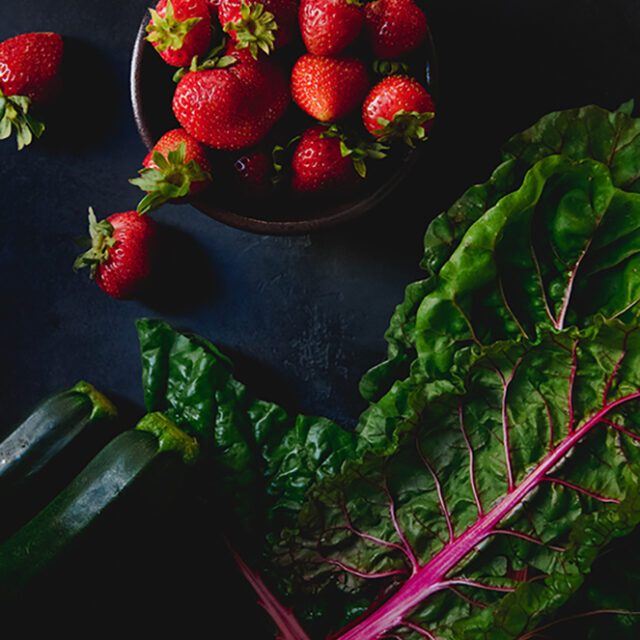 @2021 Andi Hatch Photography
Back to Top